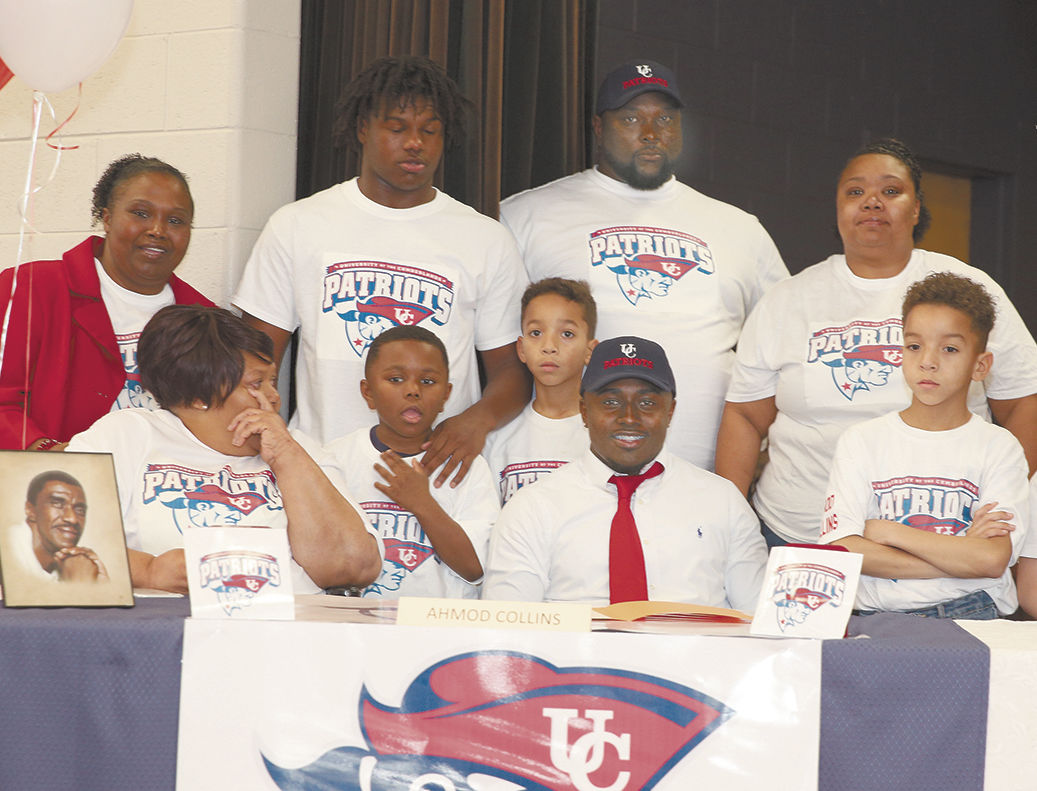 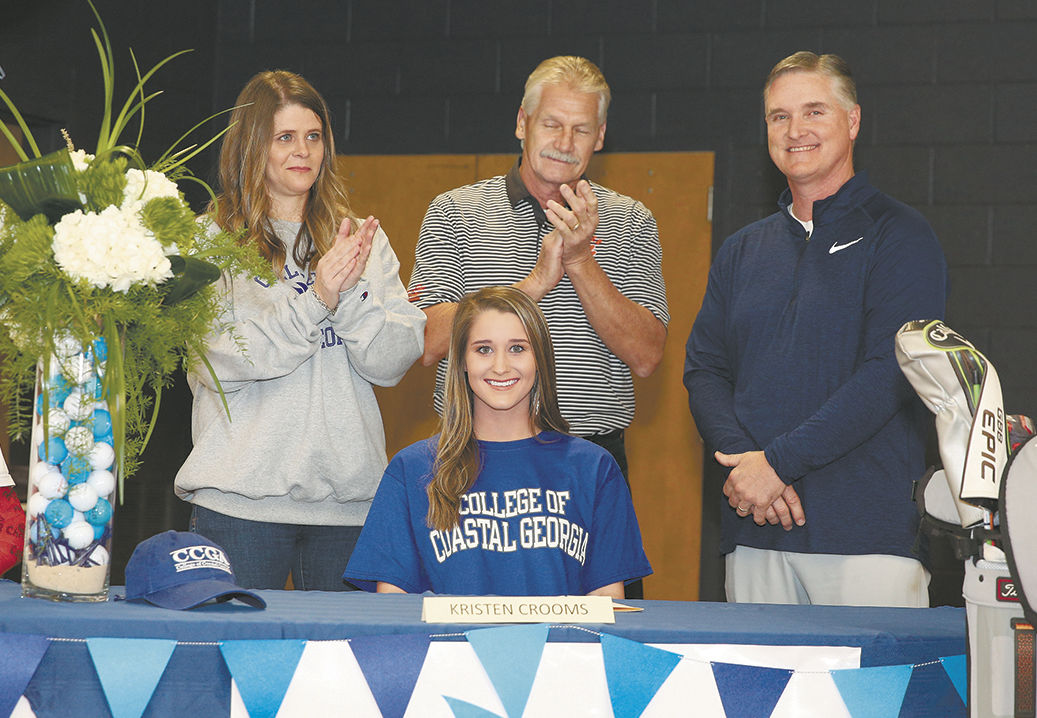 Looking on as Kristen Crooms signs  to play golf at the College of Coastal Georgia are (l-r) Tina Crooms, Glenn Cardell and Bobby Crooms. 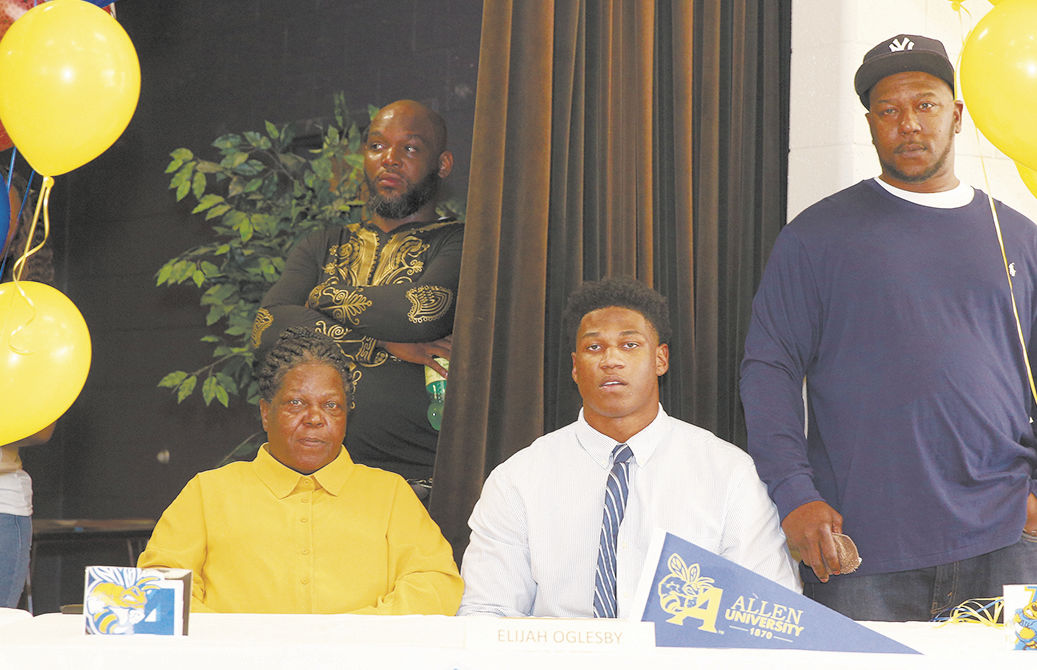 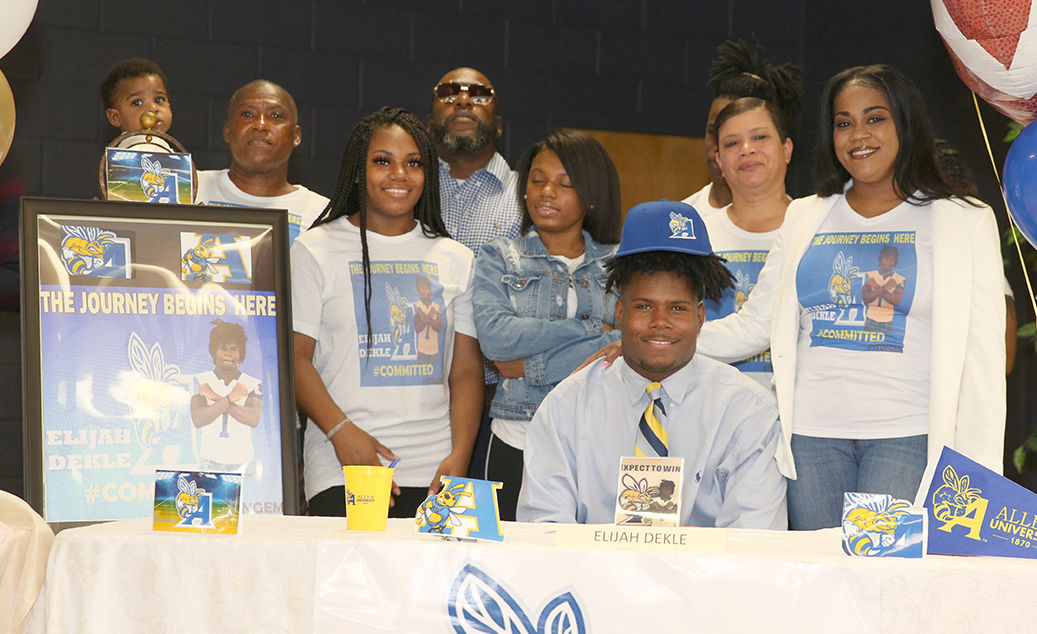 Looking on as Kristen Crooms signs  to play golf at the College of Coastal Georgia are (l-r) Tina Crooms, Glenn Cardell and Bobby Crooms.

By signing a National Letter of Intent (NLI), student-athletes are committing themselves to at least one year at the chosen university. In return, the university of choice is promising to provide the student-athlete with an athletic scholarship for that year.

For many, National Signing Day is the culmination of a very long recruiting journey and hours of hard work. For each of these five seniors, their hard work and dedication to the sport have definitely paid off. Each signed with smiles on their faces and family by their side.

Kristen Crooms, the only female athlete among the group, signed to play golf at the College of Coastal Georgia in Brunswick.

Crooms said she chose this school because of the small campus atmosphere and the courses and practice facilities at Sea Island.

Obviously excited for her opportunity to play at the collegiate level, Crooms named Gregg Wolff, John Smith, Glenn Cardell, Vickie Bowen and William Altman as having played a huge role in her golf game.

“More importantly, my dad (Bobby Crooms) is a big one responsible for helping me love the game, for helping teach me from the beginning, and of course God is always first for blessing me with this ability,” she said.

Crooms intends to use this opportunity to focus on her studies and athletic ability all while working harder to be a better person, student and golfer.

“Getting a college scholarship is an example to younger individuals that hard work pays off and you can always do it!”Crooms explained.

Ahmod Collins, another smiling senior, signed to play football at the University of the Cumberlands in Williamsburg, KY.

Collins plans to use this opportunity to grow physically and mentally while pushing himself outside his comfort zone.

“I am so thankful for the huge opportunity to play football at the next level. I’m also so thankful for my family, coaches, teachers, and teammates who have supported me the entire way,” he said.

Collins chose the University of the Cumberlands because of the great people involved with their football program.

“I am so happy I am able to achieve my goal and will be able to hopefully coach young men in the future,” he said.

Dekle acknowledged his family and coaches as being a large part of his success.

“I wouldn’t be where I am today if it wasn’t for Coach Garvin and his coaching staff, my mom, my dad, my granddad, and my grandma. I am forever grateful for them,” he said.

“I’m grateful for this opportunity because it gives me the opportunity to potentially help my family out financially and it will allow me to better myself on the field and in the classroom.”

Oglesby looks to his father Jeffrey Oglesby as the one who pushed him to help ensure he had a good future but also feels his extended family and teachers played a big role as well.