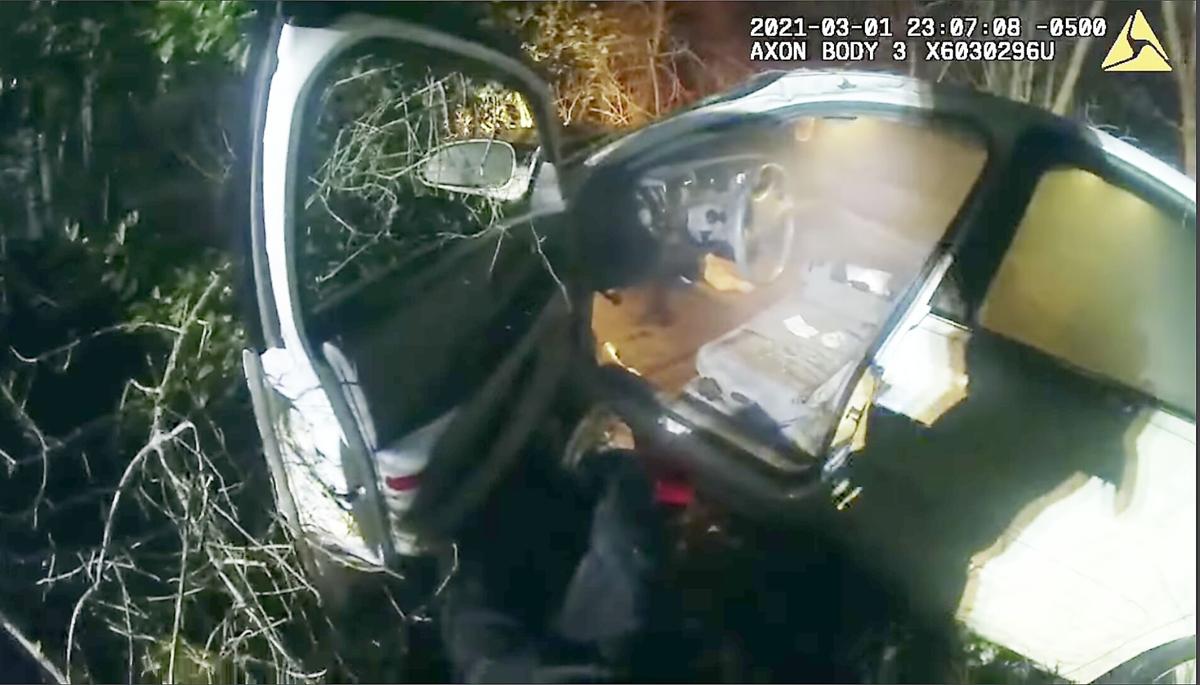 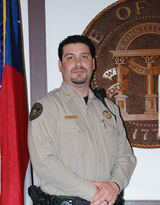 Monday, March 1, 2021, started like any other workday for Candler County Sheriff’s Department Deputy Miguel Aviles. Working the night shift, he slept most of the day, awakening around 3 p.m., getting ready and heading out to clock in at 5.

Patrolling on the night shift, Aviles was going through his usual routine of doing house checks and generally keeping an eye on the goings-on within the county.

At about 11 p.m., a 9-1-1 call came in that there was an accident on Highway 46 East of Metter near Saint Matthews Church Road. Aviles and the other deputy on duty “flip-flop” calls, and this was the 4-year veteran’s call to take. He sped out of Metter heading east on Highway 46 with siren wailing and blue lights flashing.

Says Aviles, “My coworker and I back each other up, but I was the one to get there first this time.”

He explains that the car had run off the road and was a good distance from the highway. Aviles says, “I almost missed it.”

Catching a glimpse of the flames, he quickly pulled off the road and raced toward the vehicle. Evidence of his training kicked in, because he clicked on his body camera upon arriving at the accident scene.

Video of the rescue indicates Aviles running through the brush alongside the road and approaching the vehicle. Aviles grabbed the door handle and found it locked. With much effort, he was able to open the door and gain access to the car’s driver.

“When I got the door open, he had a death grip on the (steering) wheel,” says Aviles. “I finally got his hands loose and got him out.”

In the video, Aviles can be heard talking to the accident victim, saying, “Help me out, buddy. The car’s on fire. We’ve got to get you out.”

The driver, with arms across his chest and eyes open, finally relaxed giving the law enforcement officer the opportunity to drag him away from the car. The body-cam footage indicates the amount of effort that it took Aviles to drag the man to safety.

Once the driver was a safe distance from the car, Aviles returned to the vehicle to turn it off, lessening the chance of a full explosion.

By the time all of that action had taken place, Metter Fire Department and others had arrived on the scene. The Fire Department put out the fire and the driver was examined by first responders.

Aviles says he believes a medical episode may have played a role in the crash. Ironically, he discovered, the driver was a schoolmate of his.

“After the accident he was okay, and he says he doesn’t remember anything about what happened,” Aviles continues. The driver made a point to thank Aviles for saving him.

Aviles joined the Candler County Sheriff’s Department four years ago and previously worked as a School Safety Officer. Being one who does not like attention, he says, “This (helping people) is why I signed up for a law enforcement career.”

Candler County Sheriff John Miles says that he is not surprised that Deputy Aviles put himself in danger to save another person.

“He is a great deputy and public servant,” states Miles, adding, “I am proud of his actions.”

The Sheriff and his deputy also give credit to the people who called in the accident.

“The people who live across the road heard a noise and saw that an accident had happened,” explains Aviles. “They called it in and stayed on the phone until I could get there.”

If they had not responded to the noise, the accident may not have been located as the car was far off of the highway.

Aviles explains that he is required to turn on his body camera for every call he answers. He adds that in newer patrol vehicles, the camera will automatically turn on each time the blue lights are engaged. He says that training has made switching on the body camera second nature.

Evidence of the deputy’s heroic actions appeared on television news as well as on social media.

“I have something like 5000 to 9000 views on Facebook,” adds the reluctant hero. The body camera video can be viewed on the Candler County Sheriff’s Department Facebook page.

Sadly, the victim of the accident passed away on Sunday, March 7, from causes unrelated to the accident.